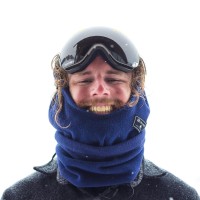 After a, shall we say, mixed reception to the latest Red Bull/Brain Farm flick, we’re still feeling the need for a stand out snowboard movie for this winter. With the change they had down the back of their red and blue sofa, the Bull have teamed up with Pirate Movie Productions to co-produce what could be 2016’s saving grace: a Union Bindings team movie – Stronger.

With the heaviest looking line up we’ve seen in a while (think CAPiTA and Volcom’s teams combining), even Travis Rice himself is gonna get a look in on it, casually dropped in the credits between the likes of Kazu Kokubo, Gigi Rüf, Scott Stevens, Dustin Craven, Johnny O’Connor, Phil Jacques, Dan Brisse, Anto Chamberland, Bryan Iguchi, Arthur Longo and Torstein Horgmo.

Again, that line up. And if those names aren’t enough to get you stoked on it, just hit play above.

Starring the best team in snowboarding, the long awaited UNION BINDING COMPANY team movie is here at last! Shot entirely with RED cameras in 4K and above, STRONGER was filmed on location from the peaks of the Alaskan alpine to the streets of Finland, and all the best spots in between. Bringing together legends, veterans, and rookies, STRONGER delivers insane snowboarding from Kazu Kokubo, Gigi Rüf, Scott Stevens, Dustin Craven, Johnny O’Connor, Phil Jacques, Travis Rice, Dan Brisse, Anto Chamberland, Bryan Iguchi, Arthur Longo & Torstein Horgmo. Buckle up tight, because a crew like this has never been assembled in a major snowboarding motion picture.