The crowned camber king, the original, the GOAT, the Rome Mod Snowboard brings supremacy, style and skill to your riding that wasn’t there before. With all the latest technology, this boundless board provides explosive technology and unparalleled ollie-power. Its all-mountain dominance, due to it’s True Twin shape and TurboRod Laminates, has been acclaimed for many years now, improving the lives and rides of many boarders. The Rome Mod Snowboard’s cambered profile keeps its rider in control and barreling down the mountain.

Stay Positive Camber – Rome innovated the concept behind this camber back in 2010 and ran it for several years in the Anthem SS– possibly a bit ahead of its time given the anti-camber craze of those times. This design features positive camber through nearly all of the running length of the board. The result is nearly all the responsiveness of positive camber, but with smoother turn initiation and a touch more float in powder. Great for all-mountain responsive snowboarding.

True Twin – A true twin snowboard shape is ideal for riders who want to ride switch and do some tricks. The nose and tail are identical and the flex is evenly distributed throughout the entirety of the board. True twins are perfectly symmetrical.

TurboRods | Reverse Radial V – Rome’s TurboRod technology puts pop-enhancing rods inside of sleeves for more dynamic response in the tip and tail. Because the rod moves independently from the sleeve, it is able to load more energy and increase pop. This arcing pattern starts under the bindings and bends towards the middle of the board at the contact points in the nose and tail. This maximizes the focus of rider energy into the center of the board for ultimate ollie pop, with only a little added torsional response.

Z-Tech 1.0 Laminate – One of the most advanced, exotic materials in the world, Zylon is lighter, stronger, and more poppy than carbon. So when Rome lays it down the centerline of their boards, it adds a big kick of response. The 1.0 is a 1-inch wide version for a healthy dose of added response. 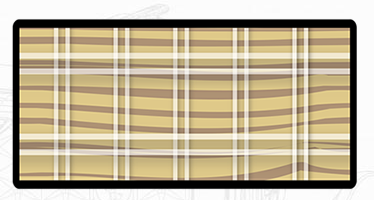 SinterCarbon Base – For our fastest boards, we take a high-end sintered structure and add carbon to it to increase the speed. Carbon additives reduce friction with the snow, which makes you go even faster.