Snowboarders practicing on the halfpipe at the 2016 U.S. Open on Wednesday after events at Colorado’s Vail Ski Resort were canceled because of the weather. Credit Tristan Spinski for The New York Times 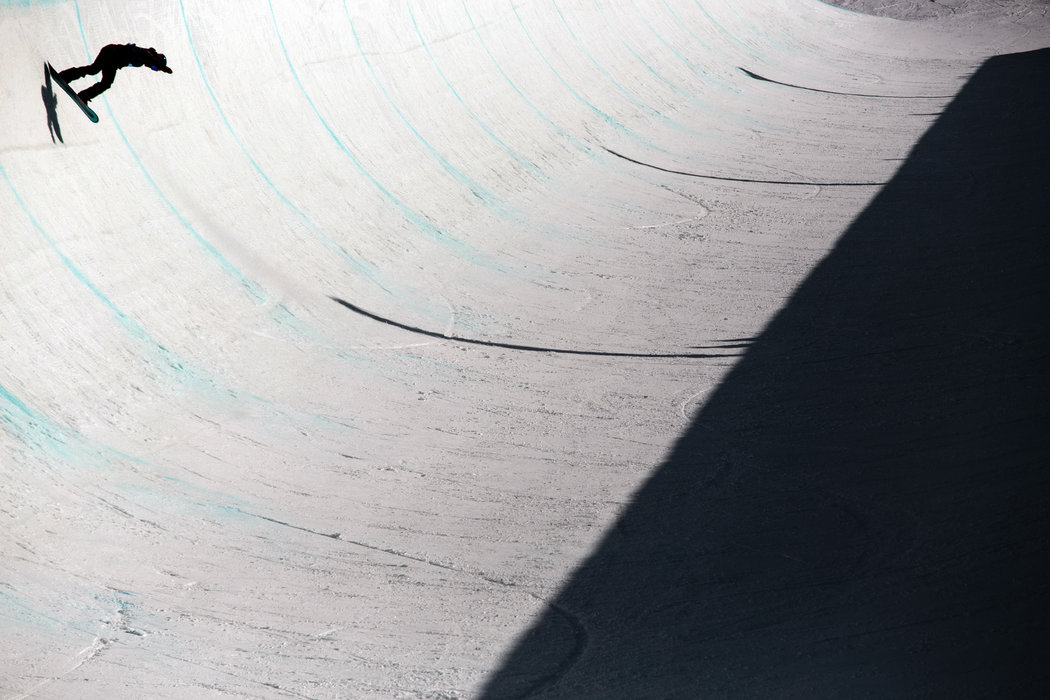 As the Swiss snowboarder Iouri Podladtchikov twisted, flipped and spun above the halfpipe at X Games Oslo last week on his way to a silver medal, the bottom of his board — one of the more valuable pieces of advertising real estate in the sport — displayed no corporate logo. Instead, it was adorned with an artistic design he had created for a college class assignment. 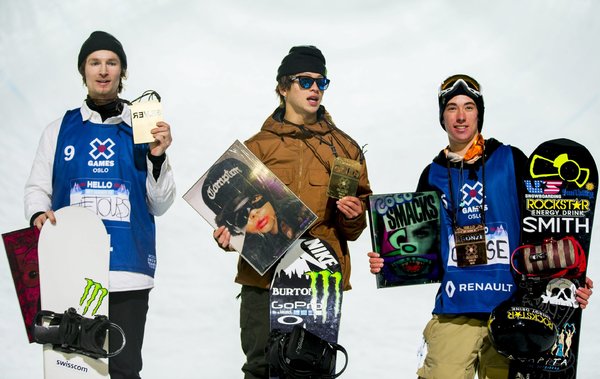 The reason for the triumph of art over commerce: Podladtchikov, 27, the 2014 Olympic halfpipe champion, no longer has a board sponsor. 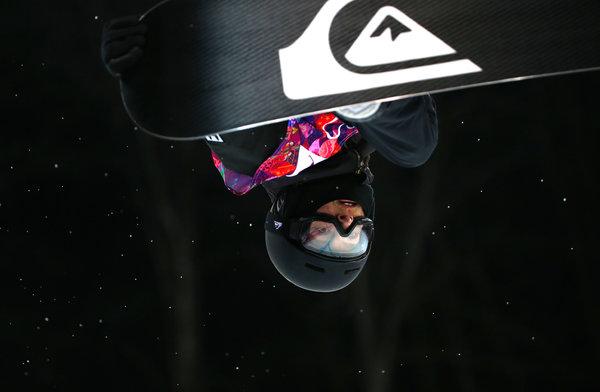 Snowboarding — which scarcely existed 30 years ago and took over ski resorts around the world seemingly overnight, adding 5 million participants in two decades — has tumbled to earth recently. As the sport has been abandoned by participants and advertisers, equipment sales and sponsorship opportunities for athletes have dipped below their peak numbers of five years ago.
Photo
From left, Iouri Podladtchikov of Switzerland, Ayumu Hirano of Japan and Chase Josey of the United States at X Games Oslo last week. “We’ve got one-percenters in snowboarding, and then everyone else fighting for amateur dollars,” said Podladtchikov’s agent, Circe Wallace. Credit Ntb Scanpix/Reuters
Continue reading the main story
Related Coverage

Shaun White Says ESPN Kept Him Out of X Games Over CriticismFEB. 18, 2016
X Games Kick Off Without Shaun White, Their Biggest StarJAN. 29, 2016

“It’s gotten really challenging,” said Podladtchikov’s agent, Circe Wallace, a former professional rider. “We’ve got one-percenters in snowboarding, and then everyone else fighting for amateur dollars.”

At the U.S. Open in Vail, Colo., one of the final competitive events of the season, the American Louie Vito was eliminated in the halfpipe semifinals Thursday. A 2010 Olympian and a two-time Winter X Games medalist, Vito was one of nearly a dozen riders sponsored by Nike. When the company discontinued its snow-sports division in 2014, several leading pro riders faced an uncertain future because other companies — many in the midst of slashing their rosters, too — could not afford to sign them all, reordering the entire market.

“A few bad winters and Nike pulling out meant a lot of good riders without a boot sponsor and an outerwear sponsor,” said Vito, who also does not have a board sponsor and rides a board with his initials on the bottom. “It was a problem.”
Photo
Podladtchikov during his gold medal run at the Sochi Olympics in 2014. Credit Doug Mills/The New York Times

At the Winter Games in Sochi, Russia, Podladtchikov rode a board with the logo for Quiksilver, a billion-dollar board-sports apparel maker. The company filed for bankruptcy protection in September.

Marie Case, the managing director for Board-Trac, a lifestyle research and marketing company focusing on action sports, said retail distribution that carried the culture of board sports across the country eventually proved too much.

“It got oversaturated,” Case said.

A weakened global economy, shifting weather patterns and changing tastes and technology have added up to create a challenging atmosphere for snowboarding.
Photo
Snowboards at the U.S. Open in Vail, Colo. Retail distribution of board sports has become oversaturated, according to Board-Trac, a marketing company. Credit Tristan Spinski for The New York Times

According to the trade group SnowSports Industries America, snowboarding peaked in popularity with nearly 8.2 million participants in the 2010-11 season, declining in each of the next three years.

Last season, there was a slight increase, to almost 7.7 million participants, because of growth among those under 17 and women 18 and older.

Equipment sales have also declined. According to the National Sporting Goods Association, which tracks retail sales, snowboard equipment sales are down $60 million annually from 2007. SnowSports Industries America has also reported flat or declining equipment sales across skiing and snowboarding during the past five years. Preliminary data from this season indicates that although snowboard equipment sales have increased 25 percent across the Western United States, they are down 4 percent nationally.
Photo
Jesse Bogart, right, of Copper Mountain, Colo., and his daughter, Mackenzie, visiting sponsor tents at the U.S. Open. Credit Tristan Spinski for The New York Times

“When it comes to retail sales, you have so many factors working for and against you,” said Nick Sargent, SnowSports Industries’ president, who cited Sports Authority’s announcement last week that it would file for Chapter 11 bankruptcy and close more than 100 stores. “That’s going to have a huge effect on our business.”

Variable snowfall totals have not helped, either. Twenty-five percent of snowboarders live on the West Coast, and California had been in a historic four-year drought until this El Niño season. Snow has also been scarce in the Northeast for much of this winter.
Continue reading the main story
Recent Comments
MacGreggor March 8, 2016

Nothing better than seeing a decline in the sport. Hopefully the same will happen to the ski industry. I’ve been snowboarding competitively…
JTS March 8, 2016

Good-bye, “Johnny Tsunami”; I won’t miss you, or your stupid sport. Snow is for skiing on —two pieces of wood for your feet and two…

“The original challenge is the weather dependency,” said John Lacy, the president of Burton Snowboards, an industry pioneer. “To not have snow across the East Coast for this current winter really has an impact on getting people’s mind-set on getting up to the mountain.”
Continue reading the main story
Sports Newsletter

Get the big sports news, highlights and analysis from Times journalists, with distinctive takes on games and some behind-the-scenes surprises, delivered to your inbox every week.

As snowboarding expanded from an outlaw sport banned at most ski resorts to a popular addition to the Olympics, it did so at the expense of Alpine skiing. Participation in that sport has been in free fall, with two million fewer participants than 20 years ago. With the old antagonism between skiers and snowboarders a thing of the past, skiing has co-opted much of the equipment technology, style and attitude of snowboarding. Freeskiing features many of the same tricks, on the same terrain, as snowboarding and grew by nearly a million participants from 2010-11 to 2014-15.

Snowboarding and freeskiing are now in the Olympics, the venue in 2014 for Podladtchikov’s upset of Shaun White, which was a ratings leader for NBC at the Sochi Games. Another snowboarding discipline, big air, in which riders soar 40 feet while performing tricks for judges, will be added to the program at the 2018 Games in Pyeongchang, South Korea.

Yet television is no longer as dominant a medium for live events like snowboarding. Options for live streaming have affected ratings and advertising revenue and have made the cost of staging events prohibitive, said Chris Stiepock, a vice president for NBC Sports Ventures who, for two decades, worked in a production and marketing role for ESPN’s X Games.

“At ESPN, X Games was deemed a phenomenal marketing expense to get young people to watch ESPN, ESPN2 and ESPN.com,” Stiepock said. “These days, it’s no longer acceptable to chalk up a loss to a marketing loss.”

Television ratings for the Winter X Games are down compared with last year, and viewership for live streaming was up 58 percent this year, said Danny Chi, a spokesman for ESPN. And NBC announced last month that it would no longer stage the Dew Tour, a winter sports competition featuring snowboarding that has been scaled back to one event, from three.

Even as television helped take snowboarding into the mainstream, that did not necessarily translate into more riders buying more gear, said Pat Bridges, the creative director at Snowboarder Magazine.

Noting that the X Games were typically held in late January and the Winter Olympics in February, after the seasonal peak for equipment sales, Bridges said, “We’ve never been a win-on-Sunday, sell-on-Monday phenomenon.”
Correction: March 6, 2016

Because of an editing error, an earlier version of a picture caption with this article erroneously attributed a quotation to Iouri Podladtchikov. It was Circe Wallace, not Podladtchikov, who said, “We’ve got one-percenters in snowboarding, and then everyone else fighting for amateur dollars.”