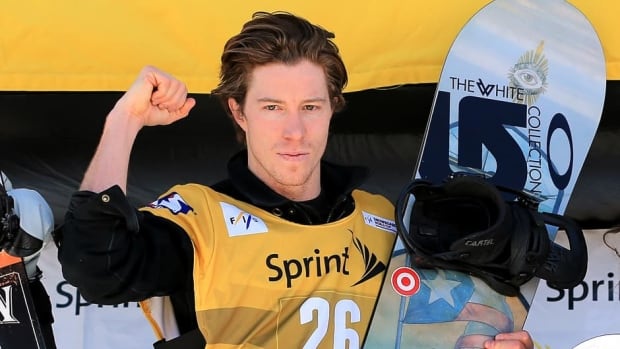 Shaun White is a two-time Olympic champion and winner of 13 gold medals at the Winter X Games.

Shaun White has been shredding under the lights at COP this week.

I’m a pro snowboarder. You guys have a great halfpipe and I’m here. – Shaun White

“It’s a 22-foot halfpipe and you have night riding under lights, where most of the Olympics that’s what we compete. Same with other big events,” White said between runs Thursday night.

“I’m a pro snowboarder. You guys have a great halfpipe and I’m here.”

It’s the second year White has trained at COP as he spent just over a week in Calgary prior to the 2015 X Games in Aspen, Colo. White finished fourth and out of the medals for the first time since 2002 in Aspen. 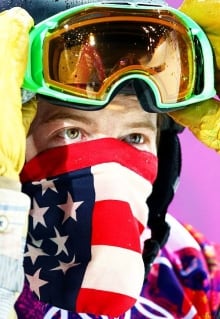 Shaun White says everyone he has encountered at Canada Olympic Park has been ‘really cool’. (Facebook)

When asked if this Calgary stay was specific preparation for the Jan. 28-31 X Games, the 29-year-old Californian was non-committal.

“It’s just prep. It’s not for anything in particular,” White said. “It’s what I’ve done since I was a kid. Learn new tricks and get ready for contests.

“Today would be a terrible day to ride in any other circumstance. But the fact there’s lights, it’s great. I would never ride when its snowing because the sky matches the same colour as the snow. Doing multiple flips, you don’t know what you’re doing.”

WinSport, which operates COP, the Canadian Freestyle Ski Association and Own The Podium hired Nevada-based Snow Park Technologies to reconstruct and expand COP’s existing pipe in December 2014. It didn’t take White long to find out about it.

“I just kind of heard about it from some fellow riders and some people I was working with at the time,” White said. “We came out and it turned out to be great.

“It’s just nice to know you can show up and ride and it’s going to be good. We stay in town. We get to drive over. It’s pretty easy.”

Even though he didn’t defend his Olympic title in 2014 and finished outside the medals, White remains an international sport celebrity and marketing brand with a social media following in the hundreds of thousands.

White has said he intends to compete in the 2018 Winter Games in Pyeongchang, South Korea, where another one of his favourite events — big air — will make its Olympic debut.

He wasn’t sure how long he’d use Calgary as a training base.

“It’s kind of open-ended. I could be gone tomorrow,” White said. “You get pulled in all sorts of directions.”

In his helmet, goggles and signature triangular bandana over his mouth, White blended in with the recreational skiers and boarders riding the lifts.

“Most people are just excited to share the chair ride up and ask a random question or two,” White said. “Everyone has been really cool. Canada has got some great people.”